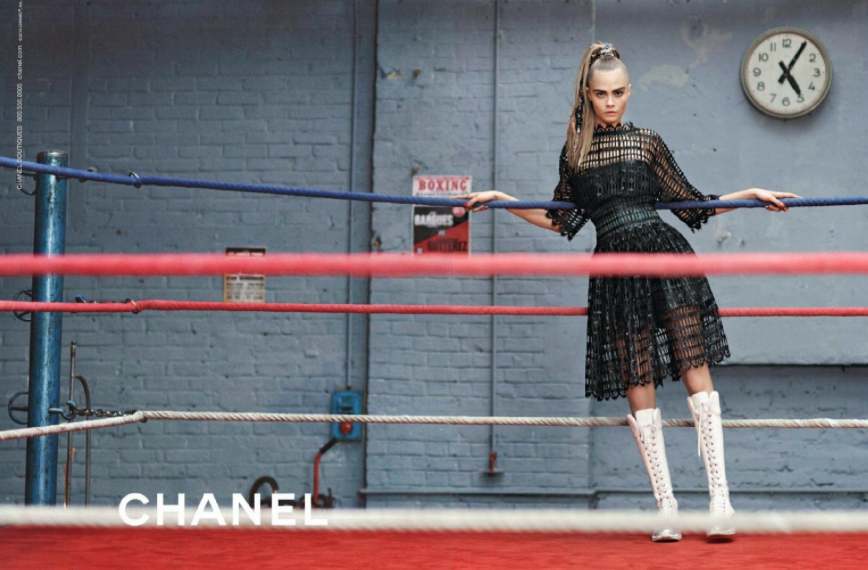 Chanel is suing a Merrillville, Indiana salon owner for what the company claims is trademark infringement. In the lawsuit, which was filed last week the U.S. District Court for the Northern District of Indiana, the Paris-based design house alleges that Chanel’s Salon, a  spa and beauty salon, infringes at least nine of its federally registered trademarks and is benefiting from the established reputation of the fashion company’s name, which is derived from the founding designer’s name, Gabrielle Bonheur Chanel.

This would be an ordinary trademark infringement action, which are very commonplace for Chanel to file in attempt to police its famous trademarks, except there is an additional element at issue here. The salon owner’s name is Chanel Jones. Why does that matter? Well, in accordance with trademark law, the registration (the act of registering a trademark with the U.S. Patent and Trademark Office (“USPTO”), which allows the trademark owner exclusive rights to the mark in the entire country, as opposed to on a state-by-state basis) of a personal name is prohibited for the most part. Essentially, the USPTO wants to avoid instances like this one.

The court in Peaceable Planet, Inc. vs. Ty,  Inc., explains: “One of the concerns is a reluctance to forbid a person to use his own name in his own business. Supposing a man named Brooks opened a clothing store under his name, should this prevent a second Brooks from opening a clothing store under his own (identical) name even though consumers did not yet associate the name with the first Brooks’s store? It should not.”

Additionally, the court held: “Another and closely related concern behind the personal name rule is that some names are so common — such as “Smith” — that consumers will not assume that two products having the same name therefore have the same source, and so they will not be confused by their bearing the same name. If there are two bars in a city that are named “Steve’s,” people will not infer that they are owned by the same Steve.”

This case law (and a pending federal registration filed by Jones) seems to favor Chanel’s Salon, and Ms. Jones’s right to use her name, but it turns out, there is an exception to the ban on personal name trademarks: If the name at issue (Chanel, as in the design house, in this case) has acquired a secondary meaning (aka the public associated the name “Chanel” with the design house and its garments and accessories), then it may be federally registered.

Given that Chanel is one of the most famous design houses in the world, it would be inaccurate to say that the brand name has not acquired secondary meaning. In fact, as Chanel’s complaint correctly states, “As recently as May 2014, the Trademark Trial and Appeal Board of the [USPTO] held that the CHANEL mark ‘enjoys widespread recognition among the general public and is a ‘household name’ synonymous with high fashion and style . . . and is therefore famous for dilution purposes.’”

This kills two birds with one stone; it establishes that the Chanel mark is famous enough to warrant valid trademark protection and also establishes that any unauthorized usage of that name is damaging to its brand (aka dilutes its trademarks). As a result, it seems clear that Jones will likely lose this lawsuit, or better yet, will settle this one out of court to avoid litigation fees and agree to change the name of the salon.