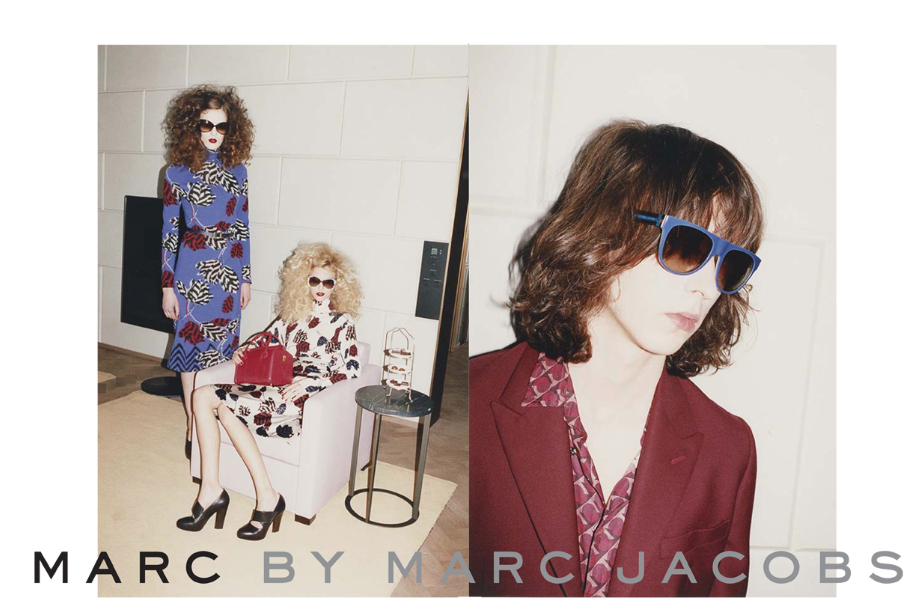 This morning we told you that Oscar de la Renta is the most recent design house to be slapped with a wage and labor lawsuit by a former intern, and now we can add Marc Jacobs to that list. The New York-based company, which consists of the Marc Jacobs and Marc by Marc Jacobs brands, has been named in a lawsuit, filed by last week in  the Supreme Court of the State of New York, County of New York by Linney Warren, for failing to pay its interns. In her suit, Warren, who was an intern for  Jacobs from April to June 2009, claims that the company has been purposely misclassifying entry level employees as interns “pursuant to a corporate policy or practice of minimizing labor costs by denying the named plaintiff and the putative class compensation.”

In her complaint, Warren, who is currently employed as an assistant designer for Banana Republic, claims she often worked 70-hour weeks transporting raw materials between various studios, organizing fabrics, correcting patterns, sewing and fetching coffee. She also claims that she didn’t walk away from the internship with any academic or vocational training.

Since her internship, she has gone on to serve as a freelance accessories designer for J. Crew and an associate designer for the Jones Group, which until relatively recently owned the Stuart Weitzman and Rachel Roy brands. In addition to an array of damages, Warren has asked the court to certify a class action lawsuit, allowing other Marc Jacobs interns (from as far back as 2009) to join in the litigation. Much like the pending Donna Karan and Oscar de la Renta lawsuits, Warren is being represented by Virginia & Ambinder LLP and Leeds Brown Law PC.

Unlike the majority of unpaid intern lawsuits, which are filed on grounds of both federal and state labor and wage violations, both this lawsuit and the one filed against Oscar de la Renta are are being filed based on violations of New York state law, and not of the Fair Labor Standards Act. By now, you are likely familiar with the standards that the Department of Labor set out for determining whether an individual should be characterized as an intern or an employee. These factors include:

1) The internship, even though it includes actual operation of the facilities of the employer, is similar to training which would be given in an educational environment;

2) The internship is for the benefit of the intern;

3) The intern works under close staff supervision and does not displace regular employees;

4) The employer derives no immediate advantage from and may in fact be impeded by the intern;

5) The intern is not necessarily entitled to a job after the internship; and

6) The employer and the intern understand that the intern is not entitled to wages.

If these six factors are not met in their entirety, an intern is deemed to be an employee in accordance with the Department of Labor, and must be paid at least minimum wage. New York state law, however, implements a strict eleven-factor test, which extends to the internship screening process, internship agreement specifics, and other factors. The additional requirements set forth by New York state include:

1) Interns be notified in writing that they will not receive any wages and are not considered employees for minimum wage purposes.

2) Any clinical training is performed under the supervision and direction of people who are experienced in the activity.

3) The interns do not receive employee benefits.

4) The training is general and qualifies interns to work in any similar businesses in the industry.

5) Advertisements, postings, or solicitations for the internship program clearly discusses the educational benefits rather than employment, although employers may indicate that qualified graduates may be considered for employment.

No word on whether Warren will file suit against Amanda Wakeley or Diane Von Furstenberg, where she interned prior to Marc Jacobs. Join in the discussion on whether you think interns should be paid in the comments section below …