On Monday, Nike confirmed its long-speculated project with Off-White designer Virgil Abloh. Entitled, “The Ten,” the collection consists of 10 “Nike footwear icons” reconstructed by Abloh. According to Nike’s announcement, “Now a successful creative director, DJ, designer and founder of the brand, OFF-WHITE, Abloh, 36, blurs the lines of various creative processes, rewriting the rules of fashion and design and injecting humor and DIY elements into his practice.”

“By the time I made my first trip to Beaverton, I immediately wanted to make something,” Abloh said in a Nike interview. “I didn’t wait all those years just to have meetings at Nike.” During the first visit, he rebuilt a pair of triple-black Air Force 1 Low shoes using an X-ACTO knife and drew on them with markers, initiating one-offs for his staff to wear at that December’s Design Miami, where he presented OFF-WHITE furniture.”

For him, there is about much more than footwear, though. “What we’re talking about here is larger than sneakers, it’s larger than design culture,” says Abloh. “It’s nothing short of state-of-the-art design. These 10 shoes have broken barriers in performance and style. To me, they are on the same level as a sculpture of David or the Mona Lisa. You can debate it all you want, but they mean something. And that’s what’s important.”

Nike goes on to note that “Abloh’s quick pace was an ideal match for a rapid Nike Direct timeline, resulting in one of the fastest collaborations Nike has ever completed: 10 shoes in about 10 months from ideation to release. The project officially began with the task of re-imagining five Nike footwear icons — the Air Jordan I, Air Max 90, Air Presto, Nike Air VaporMax and Blazer Mid — within a breakneck schedule.”

According to Abloh, “Most of the creative decisions were made in the first three hours, while actual design and iteration took two to three days. The Jordan I was done in one design session. I work in a very like dream-like state. I see it, and it’s done.”

As for their DIY nature, Abloh said he wants this process to feel approachable. “Yes, we’re making a desired product, but by making a trip to your local store, and using tools you have at home, you could also make this shoe.”

The full collection including all ten silhouettes will be available in November at NikeLab stores and select retailers worldwide. 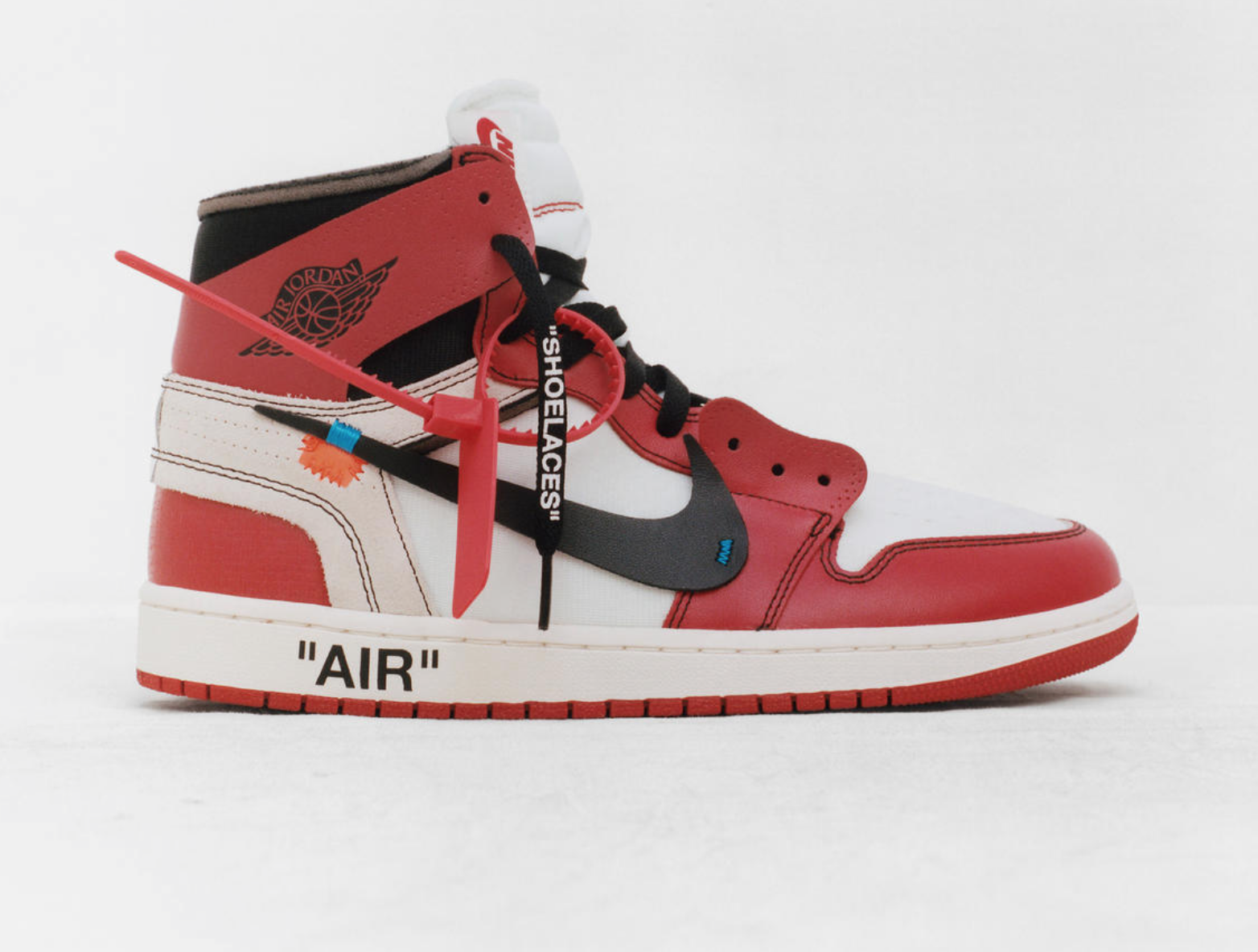