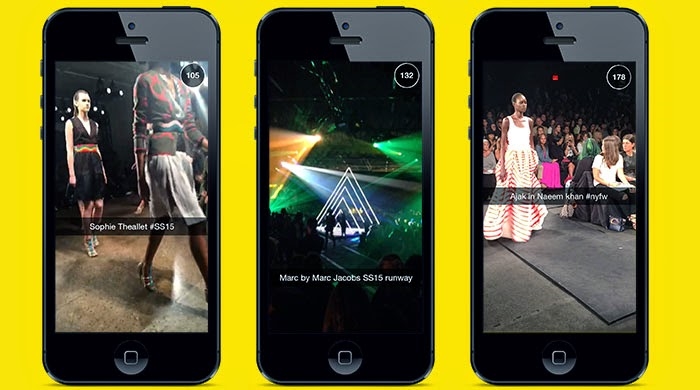 Snapchat was slapped with a strongly-worded lawsuit by two sisters, who claim the founders’ use of their photos to promote the popular app has destroyed their reputations, thanks to the less than flattering connotations sometimes associated with the “sexting” app. In 2014, Elizabeth and Sarah Turner filed suit against Snapchat, Inc. and its co-founder Evan Spiegel in California state court, alleging that the company’s violations of statutory and common law rights of publicity caused Elizabeth and Sarah Turner’s names to appear as results in online searches for offensive slurs (think: “Snapchat Sluts”, etc.).

According to the sister’s lawsuit, they agreed to have their photos taken for free in 2011 as part of an alleged “class project” that the app’s founders were working on before launching the company and not as a way to promote the app. The sisters, then aged 18 and 19, signed release forms shortly thereafter, allowing the images to be used to promote Snapchat’s predecessor iPhone-only app, entitled, Picaboo. They claim that they were not informed that the photos would be manipulated to make it look like Elizabeth was pulling off sister Sarah’s bathing suit top and that they were nude on a beach. The sisters also claim that they did not sign off on having photos be used so widely that they have allegedly become the “faces” of Snapchat.

In case that’s not enough, the Turners (pictured below) are also fighting the use of their images in connection with the launch of the Snapchat Android app, which they allege is not permitted in accordance with their release forms. 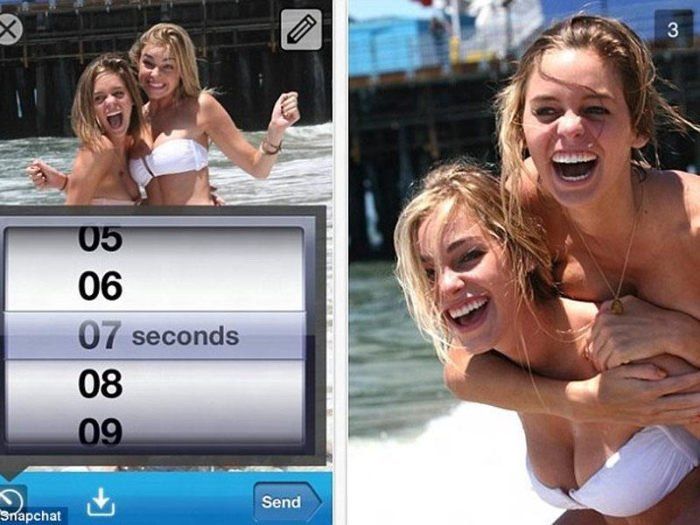 The sisters assert in their complaint that the $10 billion smartphone app’s founders widely circulated the aforementioned photos by way of advertisements and promotions for the Snapchat app for iPhone beginning in August 2011. However, the Turners seem to be far more concerned with the use of their images in connection with the launch of the Snapchat app for Android, which took place in October 2012.

The reason for the girls’ focus on the Android launch is simple: the model release forms they signed permitted the use of their images “exclusively for the purpose of promoting the Picaboo application for iPhone.” And according to their lawsuit, the subsequent use of such images in connection with the Snapchat Android app is not only a violation of their right of publicity (the legal right of an individual to control the commercial use of his/her name, image, or likeness) but is also far vaster and more damaging.

For instance, the sisters claim in their lawsuit: “The number of android smartphones in use far surpasses the use of iPhones in use, such that approximately 80% of the smartphone market is held by Android. Accordingly … the number of downloads and uses of the Snapchat app for Android far surpasses the number of downloads and uses of Snapchat for iPhone. Therefore, [Snapchat’s] uses of the photographs of Elizabeth and Sarah for the promotion for the Snapchat app for Android are far more numerous and extensive than for the iPhone app.”

As a result, it is in the Turners best interest to have the court determine that Snapchat’s use of their images in connection with Android is outside of the scope of their release forms. This would make for a stronger argument for right of publicity violations (because if the Android use falls within the scope of their release forms, they likely have little recourse against Snapchat) and ultimately, would allow the sisters to potentially reap a much more significant damages award.

With a trial already scheduled for June 2016, there have been relatively few updates in the case until very recently. According to Law360, last week, Los Angeles Superior Court Judge Mitchell L. Beckloff “tentatively refused to determine the scope of releases signed by two sisters who claim Snapchat’s unauthorized promotional use of their photos tainted them with its ‘tawdry reputation,’ frustrating the siblings’ bid for a ruling that the deal excluded promotion of its Android app.” Beckloff has issued an oral tentative ruling and stated that he is prepared to deny a request by the siblings for a pre-trial determination in regards to whether Snapchat’s use of the images in connection with the Android app falls within the scope of the release forms. As such, the sisters will have to wait until the case goes to trial and gets before a jury, who will determine the answer to this question.

It is worth noting that the case may not go to trial. Chances are, it won’t. Statistically, most cases settle out of court before trial, and so, we may never know the answer to this question. But stay tuned just in case …