Truth in Advertising Inc., a nonprofit organization “dedicated to empowering consumers to protect themselves against false and deceptive marketing,” reports that the Instagram accounts of Kim, Khloé and Kourtney Kardashian, as well as those of younger sisters, Kylie and Kendall Jenner, each contain roughly 100 posts in which the sisters “do not clearly or conspicuously disclose their relationships with the companies being promoted in the posts as is required by federal law.”

Per Page 6, the letter lists 27 companies — including Puma, Calvin Klein, JetSmarter, Fit Tea, Estée Lauder and Karl Lagerfeld — allegedly paying the Kardashian/Jenners to advertise on their behalf, many of which were previously reported by TFL. (See one such article, which details the Federal Trade Commission’s failure to police Kardashian/Jenner FTC violations and our more recent article suggesting that the FTC act on its recent vow to crack down on undisclosed sponsored posts by celebrities by investigating the ongoing failures to disclose by the Kardashian/Jenners).

It is worth clarifying that while Page 6 stated that Truth in Advertising Inc. sent a “legal letter” to the Kardashians, the organization does NOT have the authority to initiate a federal action against the Kardashian/Jenners in connection with their practice of posting commercial messages without disclosing the sponsored nature of such posts. Such powers are held exclusively by the Federal Trade Commission (“FTC”) as bestowed upon it by the Federal Trade Commission Act. (More about that here).

Truth in Advertising Inc. is within its rights, however, to notify the FTC, which it has, in fact, vowed to do – by Wednesday, August 24th – unless the issues “are fully corrected.”

What Truth in Advertising Inc. seems to miss here is that retroactive “correction” of such posts – which is already underway (to an extent) by Kim Kardashian (see below) but not her sisters – is almost certainly useless at this point in time. The famous family’s posts garner millions of impressions upon their initial posting and a significantly decreasing number of impressions thereafter due to the nature of social media postings, Instagram posts, in particular – which have been quoted as having a roughly 2 hour life span – and how they are viewed. With this in mind, the buying behavior of consumers has likely already been affected by the famous family’s posting of paid-for albeit undisclosed endorsements (exactly the type of behavior the FTC aims to prevent), making it so that the damage of such posts has already been done, so to speak, and will not be remedied in any significant capacity by the retroactive addition of “#ad” to such posts.

With this in mind, if Truth in Advertising Inc. is serious in its efforts, it will take action regardless of any purported “corrective action” by the famous family. Truth in Advertising Inc. should lobby the FTC to disgorge the Kardashian/Jenners of the profits they earned from such posts (profits of upwards of $300,000 per post), which is very clearly within the FTC’s powers in connection with the posting of undisclosed sponsored posts. More to come.

For more information on how to properly disclose sponsored posts, see our “How To” guide here.

UPDATE (8/26/16): Truth in Advertising, Inc. has confirmed that it has filed a complaint with the FTC in connection with the Kardashian/Jenners repeated failure to disclose sponsored posts. 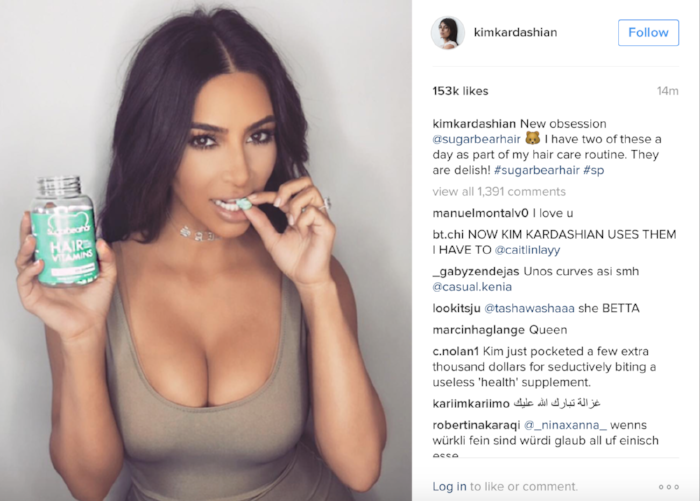 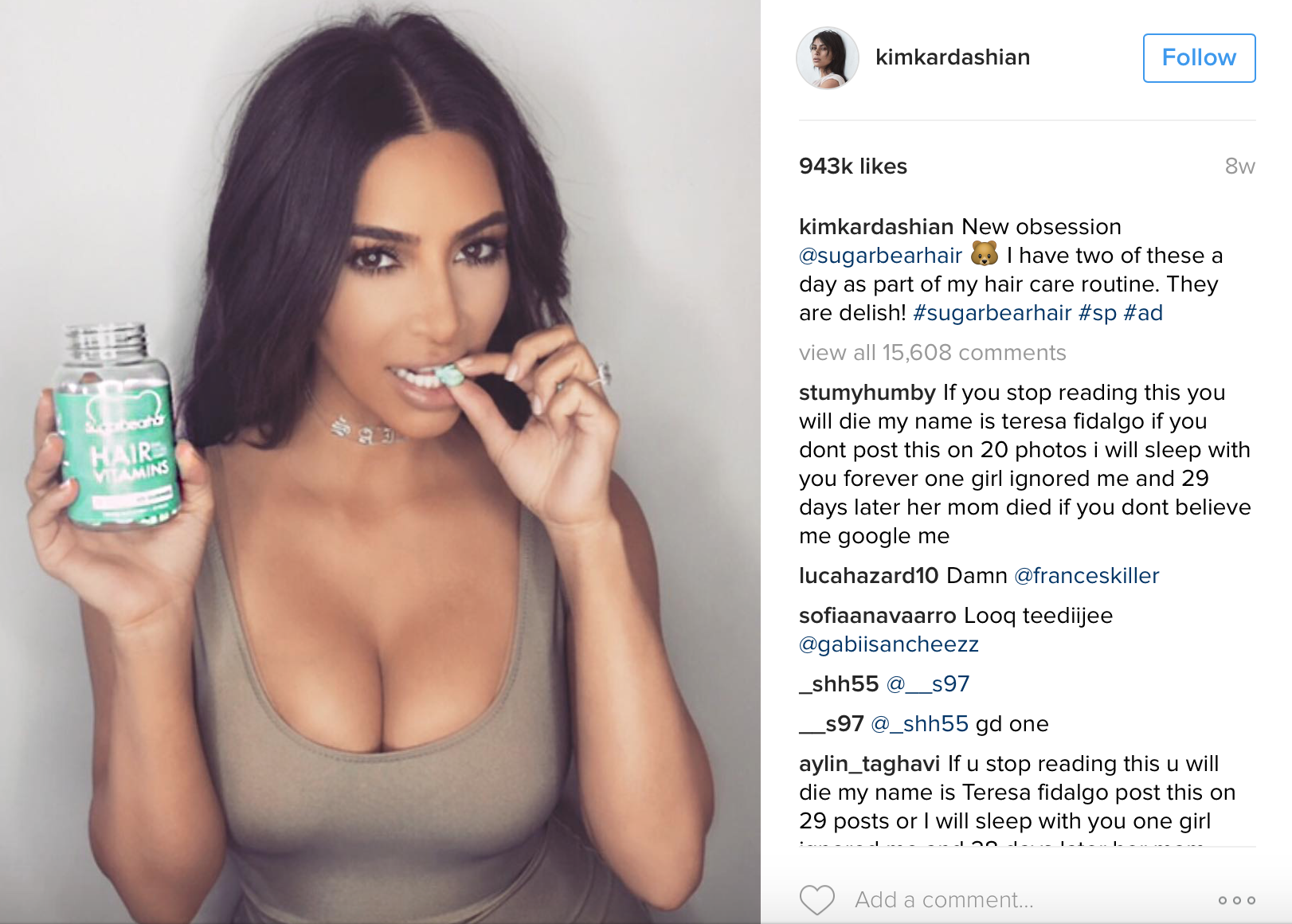 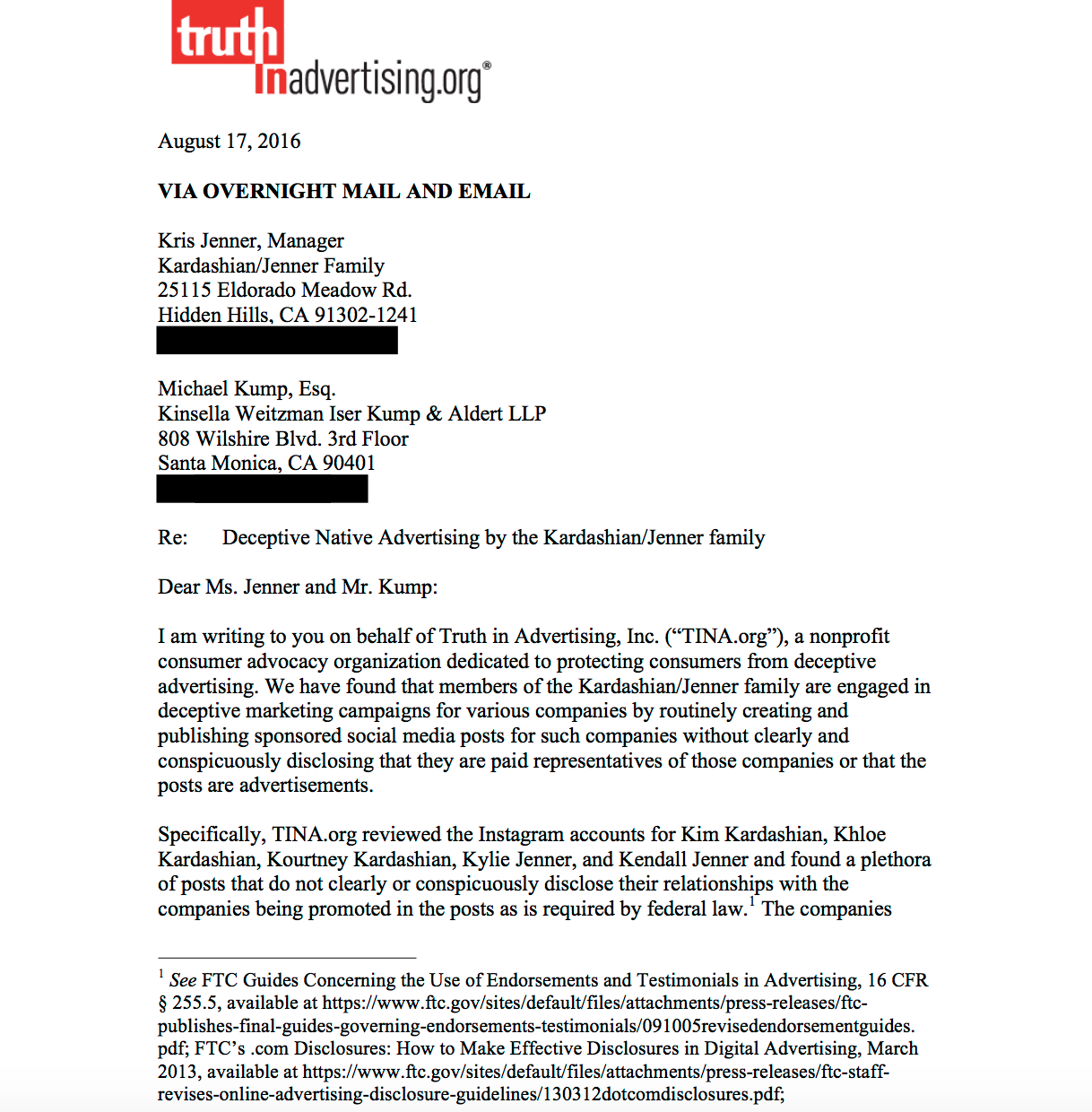 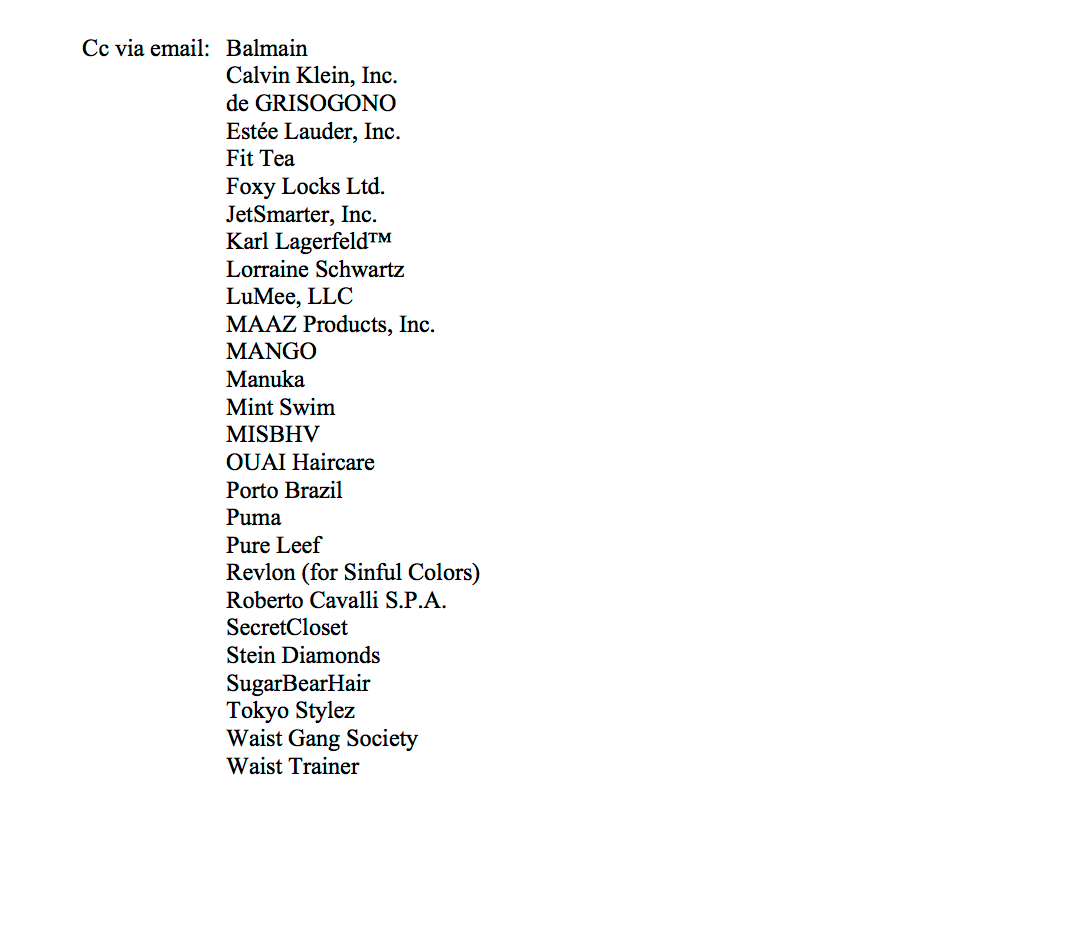