“With a catalog spanning thousands of titles and a diverse member base spanning over 137 million accounts [in over 190 countries], recommending the titles that are just right for each member is crucial,” according to Netflix. In order to not only retain its current subscribers (and grow its base) but to ensure that they are spending more time on its platform, Netflix – which boasts the title of the world’s leading internet entertainment service – has long used machine learning and its proprietary algorithms to parse nuanced trends within its content and user data to split users into more than two thousand taste groups. From there it recommends television shows and movies.

Beginning sometime last year, Los Gatos, California-based Netflix implemented a new measure for “getting the right titles in front each of our members at the right time,” or as Netflix’s Ashok Chandrashekar, Fernando Amat, Justin Basilico and Tony Jebara put it in a December 2017 article from Netflix’s Tech Blog, a new way to get users to “care about any particular title we recommend.”

This has seen the media/tech giant “consider the artwork or imagery we use to portray the titles.” As Chandrashekar, Amat, Basilico and Jebara note, “If the artwork representing a title captures something compelling to you, then it acts as a gateway into that title and gives you some visual ‘evidence’ for why the title might be good for you.” 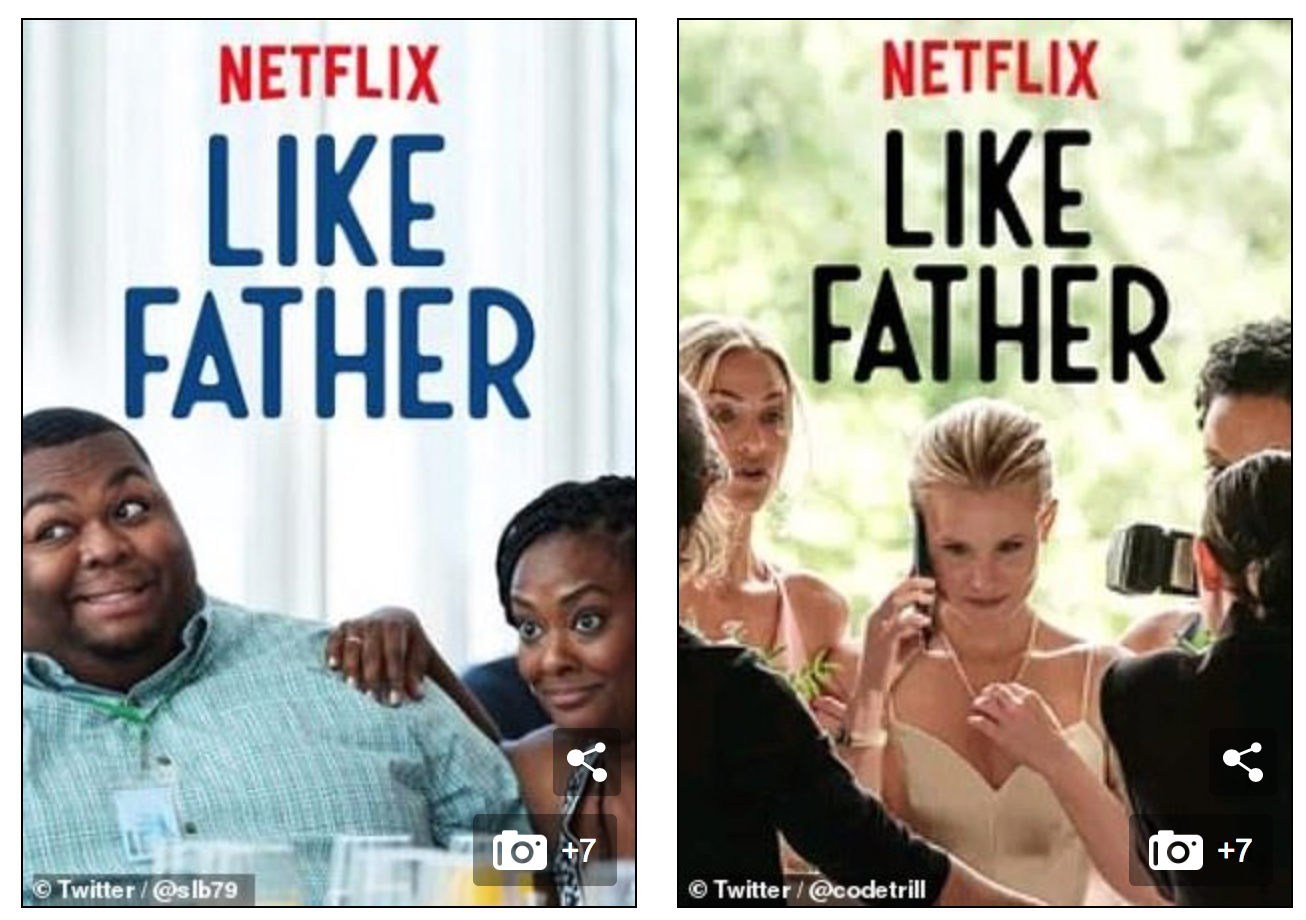 In short: in addition to presenting personalized recommendations in the form of television shows and movies, Netflix is actively using personalized visuals. This means that multiple images are now generated for each and every title and change regularly to lure audiences depending on the data that Netflix has complied on them, including previous viewing history – and maybe even race.

“Netflix knows a lot about you, perhaps even race,” Tim Harrington, a senior broadcast research analyst, told the Guardian.

Fast forward almost a year and Netflix’s highly-personalized approach has landed the streaming service in hot water, after an array of black subscribers began noticing that the site’s artwork personalization was swapping minor black characters in for films’ main white cast members in the movie posters.

This is “the dark side of marketing,” one Netflix subscriber stated on Twitter this weekend. Others have referred to Netflix’s alleged practice of swapping artwork – the murder mystery series “The Good Cop,” for instance, was shown to some subscribers with its minor black characters front and center in imagery, but with its principal white cast to others – as “creepy,” “racist,” and “insidious.” “This feels like a step too far,” Tobi Aremu, 26, a New York-based filmmaker, told the Guardian. He recently watched “Set It Up,” which, he says, was advertised on Netflix with a film poster that made it look as though Taye Diggs and Lucy Liu were the leads. However, “They were secondary characters in the love story of a young white couple!,” says Aremu, who was taken aback by Netflix’s attempt to take “something that isn’t [black] and try to present it like it is.”

Other social media users have similarly expressed disdain as a result of being “targeted” with doctored – and in many cases, inaccurately presented – posters that feature secondary black cast members on them in an attempt “to try to compel [them] to watch.”

The inclusion of minor characters on the posters suggests that these individuals have larger roles than they actually do, many have argued, and has given rise to claims to false advertising. As London-based Tolani Shoneye, said this weekend: “There was 30 minutes of a romcom I ended up watching last week because I thought it was about the black couple I was shown on the poster.”

Netflix responded to accusations of basing posters on a subscriber’s ethnicity by saying: “We don’t ask members for their race, gender or ethnicity so we cannot use this information to personalize their individual Netflix experience. The only information we use is a member’s viewing history.”