Amazon is not the only platform filled with fakes. According to a new lawsuit, Redbubble is, too. In a suit filed late last week in a federal court in California by millennial and Gen-Z-favored brand Brandy Melville, Melbourne-based Redbubble is on the hook for “knowingly infringing” the retailer’s rights by “creating, manufacturing, and distributing large quantities of counterfeits” – from branded stickers to iPhone cases and t-shirts.

Los Angeles-based Brandy Melville – which has proven popular (and controversial) thanks to its “one size fits most” California-inspired wares – asserts in its complaint that since it got its start over 30 years ago in Italy and since it launched stateside in 2009, it has built up a pool of valuable intellectual property rights, including its “name, logo, and designs.”  The retailer says that in May 2018, it learned that Redbubble has been selling “products that utilize the Brandy Melville trademark directly,” and it put the company on notice about such use of its name and other trademarks.

Founded in 2006, Brandy Melville claims that while “Redbubble describes itself on its website as a ‘global online marketplace powered by artists,’ what [the company] does not mention is that it is also a global online marketplace powered by a substantial quantity of counterfeit goods.” And per Brandy Meville, at least some of those counterfeit goods bear its own branding, thereby, leading to a likelihood that consumers might be confused as to the nature of the products at play.

“Despite being placed on notice of Brandy Melville’s intellectual property rights, including its registered trademarks” for its name and logo, as well as its “LA Lightning” graphic, the complaint asserts, Redbubble has continued “offering for sale, advertising, and selling counterfeit Brandy Melville products – including some of the same exact designs that Brandy Melville asked to be taken down in May 2018.” 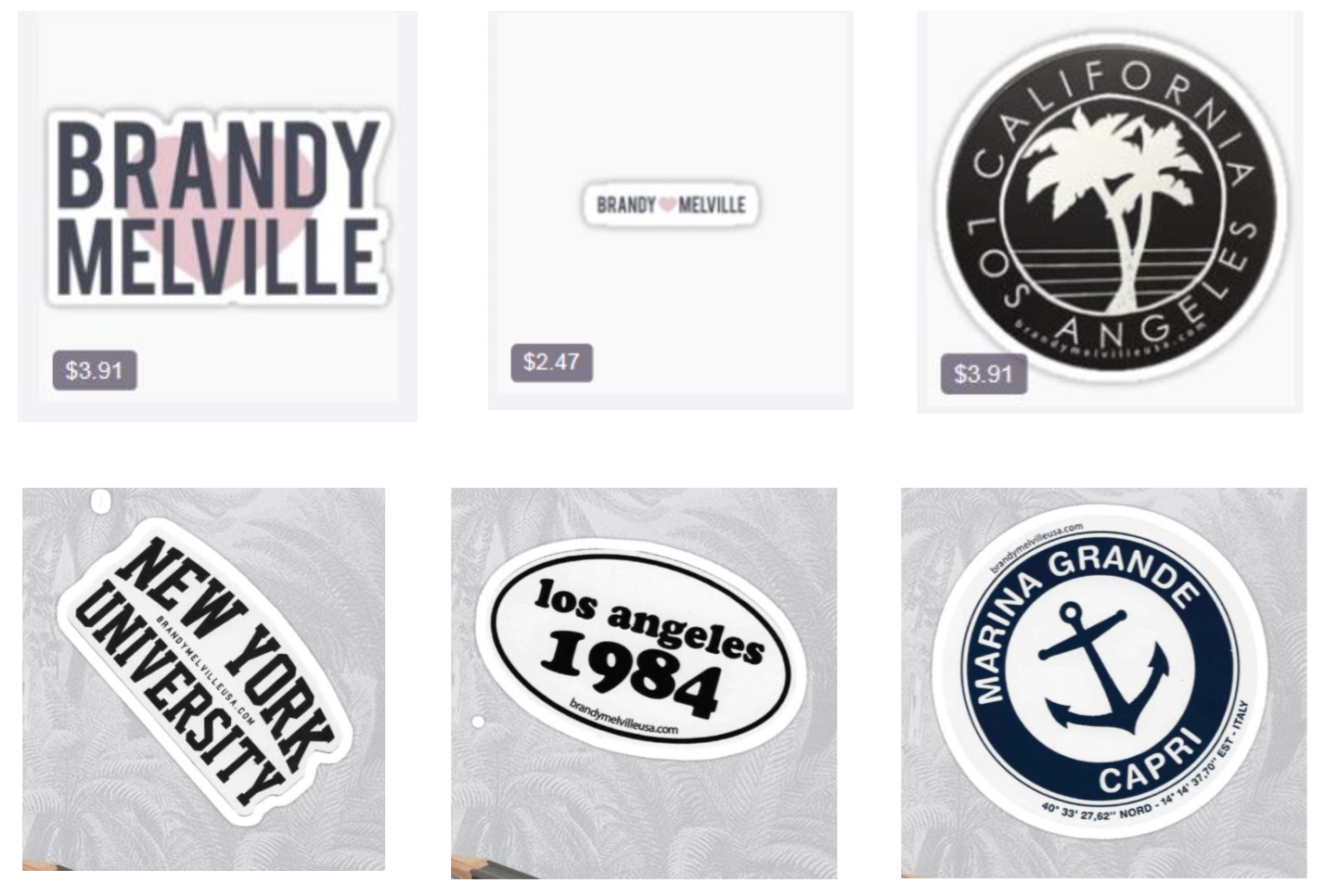 Unable to settle the matter on their own, Brandy Melville filed suit against Redbubble based on claims of trademark infringement and counterfeiting, false designation of origin, and unfair competition, as well as both contributory and vicarious trademark infringement and counterfeiting. The teen-favored brand has asked the court for injunctive relief, which would immediately and permanently bar Redbubble from “designing or manufacturing … representing or implying endorsement of [Brandy Melville-branded] products.” In the absence of such relief, Brandy Melville claims that consumers “are likely to continue to be mistaken [or deceived] as to the true source, origin, sponsorship, and affiliation of Redbubble and its purported goods.”

Melville is also seeking “compensatory damages of three times its actual damages or three times Redbubble’s profits, whichever is greater, together with its attorneys’ fees,” in addition to “statutory damages of no less than $2 million per registered mark.”

As for why it deserves triple damages, Brandy Melville claims that Redbubble “willfully” infringed its rights, as indicated by “the sheer quantity of different counterfeit Brandy Melville designs being sold, the use of Brandy Melville trademark to advertise and sell ‘exact’ replicas of authentic Brandy Melville products, the continued sale of counterfeit products in spite of receiving written notification of infringement from Brandy Melville on May 14, 2018, and the pattern and practice of infringing on the intellectual property rights of “well-known brands.”